Posted at 12:04h in Latest News by Bevan Colless

The word is out – after two years absence Ironman Japan is to return and it’s new home is Hokkaido.

Hakuba Multisport is a Hokkaido based triathlon coaching and camp operating company that has also posted information on the race and the area. 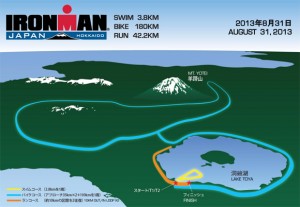 The race will be on August 31, making it the last race that will have qualification slots for the 2013 Ironman World Championship in Hawaii.

The race will be centred at Lake Toya, which was the site of the G8 summit in 2007 with George W Bush and Tony Blair attended, held at the sulubrious Windsor hotel, which towers over the Lake. 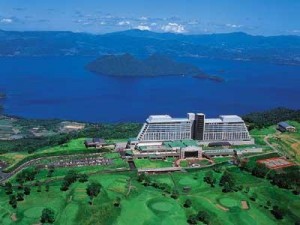 The 3.8km swim will be in Lake Toya which has been ranked one of the cleanest lakes in Japan. The water temperature will NOT be cold, but it will lkely be a wetsuit legal swim. We have competed in the NAC Big Swim in July in lake Toya where the water temperature is about 21degrees, so it should be about 22-3 by late August. The water is clean enough to drink and with a volcono in it’s centre, the swim will be flat, fair and very scenic. 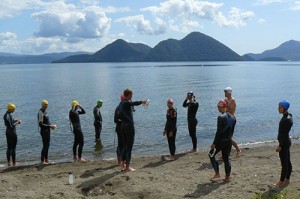 The 180km bike leg will be one loop, and contain a mix of hills, rollers and flats, taking in some world class cycling roads. After mounting the bikes competitors will do 30km flat partial loop around the Lake and then onto a sharp climb out of the lake area and into the rural Hokkaido roads that cyclists travel from all over the world for.

The bike leg will conclude back at Lake Toya and the marathon will be a 21km out and back course beside the lake, that is completely flat and mostly on the road.

There is plans to possibly move the run leg to Hakuba in future years, and organisers are hoping that this event sees a revival of Ironmans in Asia.