Posted at 13:57h in Uncategorized by Bevan Colless

Most ACL injuries are managed along the same lines. An athlete feels a pop playing sport, so they book in to see a GP or physiotherapist, they get an MRI and are then referred to a knee surgeon, who then books an operation to reconstruct the ligament. In Australia reconstructions are done on over 90% of ACL tears. Most people are never really given much of a choice in their management and the gravity of their injury is often amplified at each step. However, it is rapidly emerging that there are many patients who do well without surgery. And even some who shrug off the injury almost as if it never happened. We found one such case in the story of NSW Waratahs scrum half Mitch Short, and how he played through his ACL rupture in 2018. This yarn has been whispered about in sports medicine circles for years, but never fully told. Advising people with a ruptured ACL has become a major part of my life’s work and I wanted to bring this message to a wider audience, leading me to create ‘The Knee Gurus’ podcast and information portal. We were fortunate to speak with Mitch, the Waratahs doctor and current Wallabies team physician, Sharron Flahive, and head physio at the time, Dave Garrick.

In 2018 Mitch Short was an up-and-coming scrumhalf, third in line for the position with the NSW Waratahs Super Rugby team. As there is one starting scrum half and one on the bench, Mitch was mostly biding his time playing in the Shute Shied, the amateur league one level down. If you don’t know rugby, the scrumhalf tends to be a small, zippy player, who passes the ball out to the backline, kicks the ball from general play and often makes short darting runs around the field. The position generally requires a high level of speed, acceleration, and agility. Prior to the Waratahs tour to South Africa and Argentina, the first-choice scrumhalf Nick Phipps, was pulled from the tour with a calf muscle strain, meaning Mitch was scheduled to come off the bench and make his professional rugby debut in Durban. With about 15 minutes to go in the game against the Sharks, Mitch was put on the field. 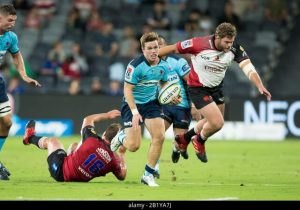 Mitch tells the story as follows “I had been on for a couple minutes, and I managed to sneak through a gap and went on a run in a bit of open space and I made an interesting attempt to try and step the defender and got tackled. When I stood up, I just had this sort of numbing feeling, is how I explained it at the time. And I just stood there, had a bit of time out, didn’t really know what I’d done, I hadn’t had that feeling before, but I played on”. Mitch finished the match and even scored a try. After the game he did some ‘extras’ for added fitness, as he hadn’t played for long and it was then he called over physiotherapist Dave Garrick and later Dr Sharron Flahive.

Sharron and Dave conducted the highly reliable Lachman’s test, agreed that the result was positive and were both quite certain that Mitch had ruptured his ACL. Dave Garrick worked with us for two seasons at Niseko Physio, seeing new ACL injuries every day, and Sharron is one of the most highly regarded sports physicians in Australia, so Mitch was in great hands. Their diagnosis of an ACL injury was also highly likely to be accurate. 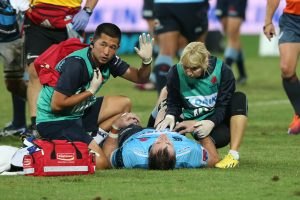 The team flew out to Buenos Aires the next day and arranged an MRI for Mitch in Argentina.  This adventure involved a highly memorable Amazing Race style taxi ride, and the diagnosis of a complete ACL rupture was confirmed by the scans. Mitch then went home to Sydney and another scrum half was sent out from the Shute Shield in Sydney, the pair crossing over in the air.

As luck would have it, second choice scrum half Jake Gordon went down with concussion in Argentina and, after a bye week, the Waratahs were due to play the Melbourne Rebels at home in Sydney.  Mitch’s opposite number was Australian scrumhalf legend Will Genia. “Mitch had maintained the attitude that his knee felt pretty good throughout” said Flahive. “We went to see the surgeon because that’s just what you did. And even through that consultation, Mitch still maintained this idea of ‘could I consider conservative management?’ and ‘I’m just not convinced that I can’t play with this’. Around that time, more and more people began to question whether ACL surgery was the only option. 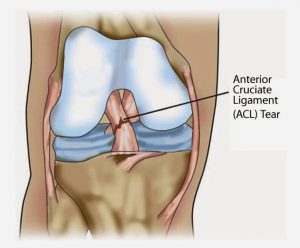 “So Mitch was put through all of the 1-5 stages of the rehab protocol and he progressed without much of an issue” recalls Garrick. The medical and S & C team slowly began to consider the prospect of Mitch playing the game, and the decision was made that if he was going to play, he was going to start. Flahive reflects on that time “I’m sitting here thinking, ‘Did we really do this?’. But we knew that he wasn’t swollen, there was no quad wastage, mentally he was ready to play, and his function was great. And I always believe this point – that sometimes your patients will teach you more than you know, if we just listen to them”. As second choice Jake Gordon had failed his concussion test, the reality was that there was selection pressure hanging over the decision. “Mitch had put his hand up to make himself available, but, we would have gone a slower course without the pressure of selection. And if we progress to that top level testing, we’re going to get an idea whether he’s going to be okay, or not, as opposed to backing off, and allowing him to lose the condition and muscle activation that might put him at risk. Because he’d continued to train; his condition was still high”

So, the team decided to play Mitch and “Once we made the call, we put him in cotton wool for the Captains Run on Friday, more out of our own worries than his” recalls Garrick. As the game got underway the medical team were probably the most nervous spectators in the stadium. Mitch recalls the game “There were a lot of unknowns. But I just knew I felt okay. And I was confident that my knee would hold up. It was my first start, my family were all there, and I was really excited, but also nervous with how I’d go, getting tackled was a concern. The first half was a bit of a grind, and we were behind at half time. And then we managed to score a few tries in the second half, and then we ran away with it and scored over 50 points. And afterwards, coming off the field not injured, I think Sharron, Dave and I had had a bit of a laugh together afterwards”. Mitch had not only won, but he scored a try and won the man of the match award. 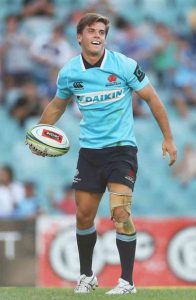 The final twist in the tail of this story is that Mitch never had his reconstructive operation, but he did have a repeat scan in January 2020, and it showed a fully healed ACL! So, there was a real balance between safety and the risk the team took, and the outcome for the patient could not have been better. “We managed him with what could be described as supervised neglect, then put him on the field, and he still ended up healing his ACL. That’s what’s quite interesting” said Flahive. 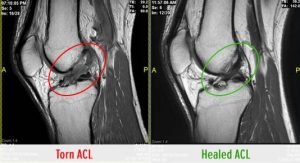 So there is so much to be learned from this episode for future management of ACLs, but as Garrick says “It’s important to note that Mitch was not a typical case, and not everyone can be managed like this”. In our winter clinics, we meet people every day with ACL injuries. Some continue skiing for days before seeking physiotherapy advice and are surprised by the diagnosis of a ruptured ACL.

We also see many patients who present with an ACL deficient knee, but on questioning, it is revealed they have been living without an ACL for many years and never sought treatment. In these cases, provided no further injuries have occurred in the knee, I often think “This patient has had a better outcome because they never walked through the door of a healthcare professional”. But it shouldn’t be this way. As healthcare professionals, we need to understand that the answer to every ACL rupture is not reconstructive surgery. We also need to educate our patients that surgery is not a shortcut, in fact it takes more work than conservative management, that the ACL does have the ability to heal, and elite level copers like Mitch Short, should not be stymied. No doubt this is an exciting time in ACL management, and we hope to continue to bring the new developments to the public, to ensure that each patient gets the optimal treatment for their individual circumstance.